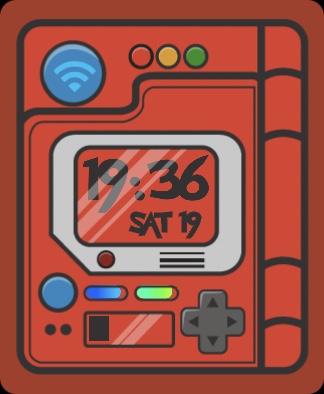 I was inspired by Pokémon to create an Apple watch face using the Clockology App. Here we have a Pokédex remake for a watch face.

The Pokédex (ポケモン図鑑; Pokemon Zukan; lit. “Illustrated Pokémon Encyclopedia”) is an electronic device designed to catalogue and provide information regarding the various species of Pokémon featured in the Pokémon video game, anime and manga series.

The name Pokédex is a neologism including “Pokémon” (which itself is a portmanteau of “pocket” and “monster”) and “index”. The Japanese name is simply “Pokémon Encyclopedia”, as it can feature every Pokémon on it, depending on the Pokédex. – Pokemon Fandom