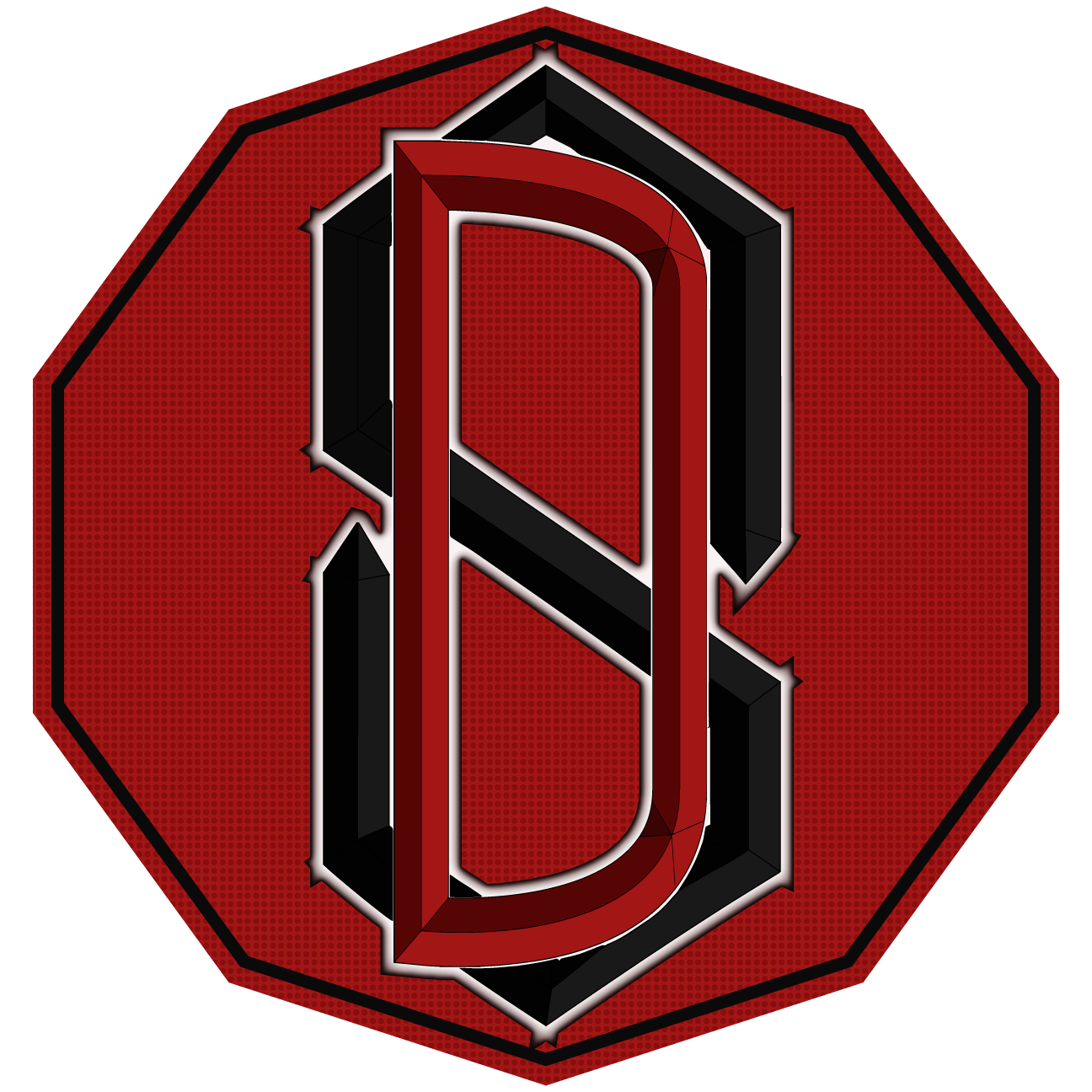 Sometimes you just need to draw a line and see where it takes you! That was the “concept” here, start with a line, build in it and just go with no planning or conviction.

I started out, closing my eyes, drawing a line and just kept adding to it. A skull developed and I wanted to make it as out of the norm as I could. After a while the initial start had formed.

(Fig: 1) I thought, “This would have been a formidable foe, and had died after a crazy fight. For a beast such as this it must have been an honourable death” I was reminded of older Japanese art work and the captions were born.

The colour scheme was a bit mild mannered for such a beast so I changed it up and went with darker tones.

In Fig 2 I experimented with different background props and styles and settled on a hypnotising background and the hooks were to display some of the conquests this beast had endured. Next up was getting the background finished, with a bit more detail and figuring out the trophies that this beast would collect.

Image Fig 3 is the final piece. I am happy at the result but am always open to feedback. Feel free to drop a comment or share this post.

Mr b – The Gentleman Rhymer